No. This isn’t the same birdbath. The second grade teacher loved this Gala project so much, she tried to outbid everyone else. She lost. She wanted to have me make another one just for her and was willing to pay her highest bid price. But there was no way I was going to accept more money for it than the cost of the supplies (about $50).

Instead of having her pay of any of it, we asked parents if they’d like to contribute so it could be a present from the whole class. She was so touched when I delivered it to her classroom. She was still expecting to pay for it. She had no idea that the class had paid for it.

This one is actually better than the first one. The insides are engineered better and the kids’ fingerprints turned out better. And this one didn’t end up with a hairline crack… 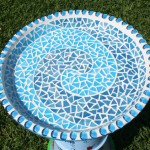 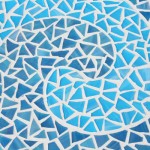 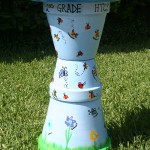 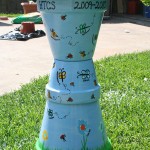 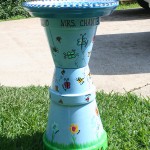 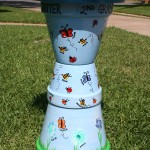